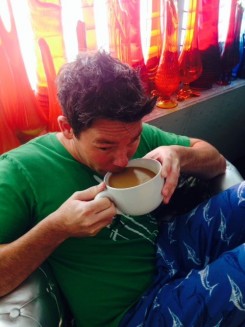 WHO?
Me! David Bromstad!

WHEN?
August 14 @ 7PM CT for a deliciously caffeinated Twitter Party!

WHY?
Because we LOVE coffee and Coffee-mate, don’t you? WE GET TO LIVE TWEET ABOUT THE BEST THING IN THE WORLD–COFFEE AND COFFEE-MATE!!!! Come spend some time with me! I will be on Twitter to talk with you guys about how Coffee-mate (hyperlink to coffeemate.com) inspires you.

WHAT (IS A TWITTER PARTY)?
Have you ever heard of a Twitter Party? Is this a thing I invented? I’ve heard about like, live-Tweeting an event before…when I say heard I mean I live-tweeted Awards shows like NOBODY’S business.

Okay, not the point, David, not the point. The point is this: I am hosting a Twitter party and I am very excited. Hosting a Twitter party is a lot like hosting a real party, minus the stress of strangers in your home. One of the most exciting things about this particular Twitter party is that the Blogger host I have doing this with me is my DREAM party planner, Miss Courtney from Pizzazzerie. I mean look at her blog! Look at everything happening over there? Did you go? Are you so entranced by this post that you can’t, for a second, open a second tab and take a look? 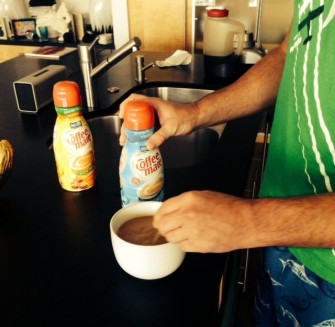