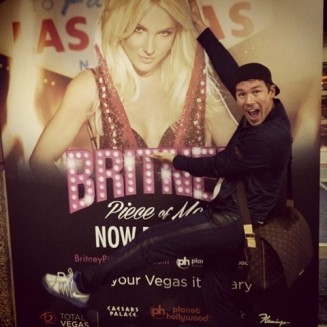 — On the tarmac at the private airport with a fedora on about to board the plane.
— They got on the plane!
— They’re in a limo on the way to the hotel.
— They’re in the room!
— Dinner and a show!
— Walking around with glowing necklaces or some big ass cup, or some glasses that light up. VEGAS LOVES PROPS!
— They’re in the club!
— They’re walking around again!
— Gambling!
— The next morning, looking crazy, sitting by a tide pool, still drinking, watching people float around for hours!

And you know what? These people DID VEGAS RIGHT and they’re not liars, they’re legit showing you what they did step by step. It might not be the most original experience ever, but it’s dammit it’s authentic. That’s the Vegas LIFE. They might be a little grosser than they were PV (Pre-Vegas…let’s make that a thing!) but they’re living they’re lives and honestly they’re doing what they should be doing. Having fun in the freakiest place in America.

My version of Vegas a few weekends ago was a little different but also sometimes the same. I had the best time. I feel like it’s appropriate to break down my trip for you because it’s not the trip I just described. If it were I would spare you. No one wants to see what I just described. NO ONE. Everyone wants you to have that experience, and like, good for you, but keep it to yourself. You know, what happens there really does need to stay there.

Meet and greet with National Kitchen & Bath Association (we call them NKBA in the BIZ, BABES! So now you know.) 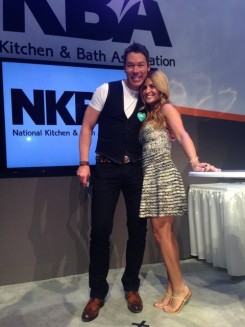 Here I am with Alison Victoria. Really great time there!! How cute does she look? How stunning do I look?

Uh, DuPont, how chic are we? That’s sheeeeekk, not CH-ICK, guys, okay? Chic. We are very, very Chic, at DuPont. Even the name feels chic as shit.

Then I had an On-Air chat with My Fix It Life. I feel like I’m sort of like a rockstar. Live appearances, radio appearances, guys with guitars, girls in short skirts! I mean it’s all happening!

I honestly love doing these because I get to share my advice with people about something that i love. I would give you advice anyways, unsolicited, so giving it when it’s wanted and where it’s appreciated is like, just a really great bonus that I get to have. Don’t you think those headphones and that guitar guy and just like, the entire vibe feels like a rockstar? I’m in a vest for god sake! That woman is in a skirt AND boots! We might as well be The Rolling Stones!

I had yet another “meet and greet” this time with the fans! Saying I met up with my fans also feels like a really rockstar thing to say. FANS FANS FANS! 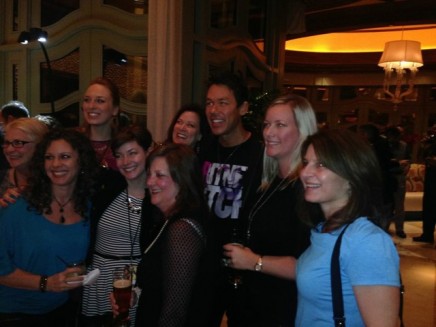 Who do you think look more excited? Me or them? I think they all thought it was them, but like, on the inside I was WAY more excited to meet them and talk to them than the other way around. It’s so awesome getting to meet people who care about what you do and have them talk to you and tell them how you’ve helped them. SO MUCH FUN.

OH MY GOD THEN I SAW BRITNEY IN CONCERT. We’ve all been hearing about this Brit Brit Vegas show FOREVER and I finally got to go. She did not disappoint. She is a professional, she is a goddess, and that’s all I want to hear anyone say about her, ever. 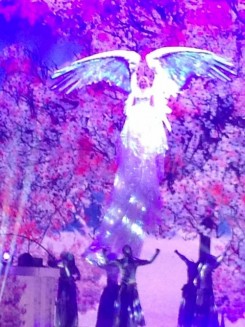 Look at her coming into the auditorium like THE ANGEL THAT SHE REALLY IS. She is fire and magic and everything. I love her. Literally stop for a minute and think about all the joy Britney has given to you in your lifetime. She is only in her early 30’s and for the past 15 years has give us song after song after video after video after performance after performance after movie (let’s never forget Crossroads). She gave us everything, it’s the least we can do to fly to Vegas and support her latest show. 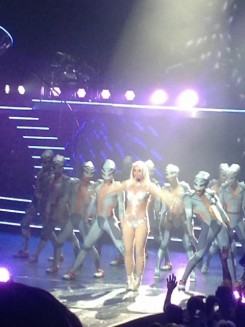 Sorry it was so good, it deserves two photos. Britney in dem sequins like she was meant to be!

Then I had this amazing, lovely VIP Dinner with DuPont. The most amazing, amazing way to wrap up the weekend!

I’m gonna leave you with this image: 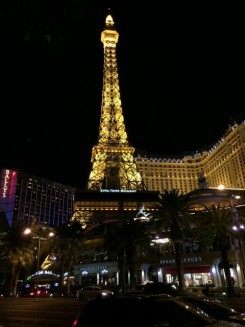 OH WAIT! ONE MORE THING! Lol, what? Did you think that I left and it was just chill? No!
What really happened was this: in the morning, after a show, and dinner, and like, a few drinks, we decided to order room service, BECAUSE WE KNOW WHAT’S GOOD FOR US. The room service came and I paid the bill, BECAUSE I’M NOT A THIEF. When we were done eating I rolled that table out of the way into the hallway and got ready to go. Got dressed, got packed, got to the airport and then…WAIT WHAT WHERE IS MY WALLET? I panicked, but not too much because I am an expert traveler and always have an extra ID on me. Then I thought, and thought, and thought…and finally figured out where the wallet was. It was on the room service table, rolled out into the hallway of my hotel/casino/venue/office. Luckily I got it back. But like, how much more VEGAS can it get? Losing your ID the morning you leave? Leaving it on the table with the remains of the food you just stuffed into your face? Oh, well. When in Rome.

Until next time, Vega$, I love you.