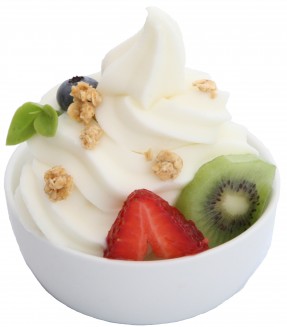 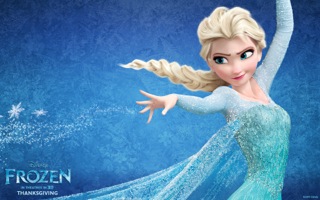 When you hear the word FROZEN do you think of like, fro-yo or that Disney movie? This isn’t a BuzzFeed quiz about what type of person you are based on word association, this is my blog! The other day I saw some crazy ass pictures that inspired an internet dig for all things frozen, and I decided to create a Pinterest about it. Turns out you guys are really into frozen stuff. Really, really into it. Also, when I say frozen I literally mean FROZEN, like ice and snow frozen. I found these images and was blown away. Not because I’m really into ice or winter or coldness. I don’t have some weird kinky fascination with things that are frozen or freezing or melting or thawing or anything like that…but by the way, how funny would it be if I was just really into watching ice thaw out or something. Anyways, I was blown away by what I saw because it reminded me of some of the most important things in life, it made me nostalgic for a time when everything seemed really magical, to how incredible human dedication is to art and to discovery and to innovation, and mostly, to how wondrous our earth naturally is. 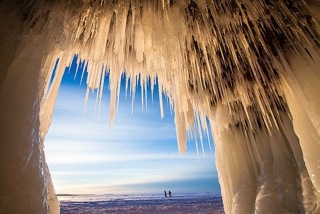 As a kid growing up in a place that got cold enough to snow, ok more like blizzard every other day, there was so much magic to see and play with. The snow itself was incredible. Gentle and white and falling from the sky — you could play in it for hours. It provided so much entertainment: making snow forts, skiing, sledding, snowball fights, building a snowman. It never hurt you when you fell, but cushioned you (then got you soaking wet and made you freezing but still, nostalgia is best )! Then there were the icicles that hung from the roof of your house that were so sickening beautiful, but then really f**king scary because they looked like they could fall and stab you at any minute and then that’d be the last icicle you ever admired in your life. But there was so much, hate to be repetitive but I just have to be here, magic around you in the white of winter.

Uh, okay, that felt beautiful while I wrote it — but as i got older I got over the feeling of nostalgia in 3 seconds because I started to remember the exhaustion that came with snowplowing the 2 yard drive way and shoveling the mountains of snow that fell literally every other day, and the unshakable coldness that came with snow once it melted and soaked through the layers of clothes you had to put on just to go outside to no freeze to death. Hence the reason why I got the hell out of Minnesota after graduating high school. But I digress.

After looking at frozen things that were somewhat relatable and recognizable I started finding really cool images of frozen things that were beyond my comprehension. Things that people discovered either in nature or built and created themselves. Humans are so rad because they want so much more than just what’s in front of them in so many ways. A lot of people associate that idea with, the American dream, or wanting more financially, but I’ve been looking at it from the perspective of adventure, and travel, and discovery, and art. People want to push their limits and test their boundaries in all sorts of ways and this is one way would love to test myself in, personally and professionally, to create or discover something so magical is def on my bucket list. 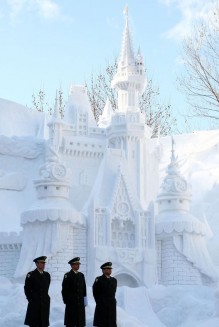 HELLO, someone (some people?) MADE THIS. There were multiple steps and probably a lot of money going into this project. Someone first was like, I want to make an ice sculpture. Then someone was like, okay here is a drawing of what I want to build. Then they found a team of people capable of building amazing creations out of ice. THEN they built it. That is crazy. That is dedication to something awesomely unique — and on a massive MASSIVE scale. So cool right? SO COOL. Literally.

My art is different than this, obviously. But art is art. Creation is creation. I love to see other peoples work and be inspired in ways I couldn’t imagine. I look at things like this and want to make something new, something inventive, something inspired. I want to throw a party that is “frozen” themed and just have everything dripping with icicles, and crystals, and color changing light and of course we can’t forget the furs that everyone would be wearing!. Its a really fancy, Nancy Meyers inspired, white, bright, ice themed shebang! Would you come?! We could hire fabulous chef that specializes in making frozen edible food, a 6 course meal of just ice cream and dip n dots!

Then, there is the natural WONDER OF THE WORLD YO! Like, how incredible is nature? How strong is it? How unique is it? How forceful? How beautiful? How absolutely insane is it that we get to live in a place that is so full of all of these things? 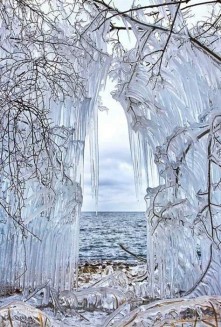 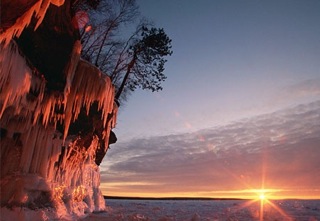 LOOK AT THAT! Look at what’s all coinciding so that someone could take this photograph, and so that I could find it on the internet, and put it on my Pinterest, and then put it in this blog, so that we could then all marvel at it. The sun is setting over the ocean, the light is illuminating the white ice that has frozen on the cliff side, I mean, come on you guys, appreciate what mother nature and mother earth can do — without any effort from anyone. It just happens. That just exists! WHOA!

While all this is great to look at — especially from the warmth of Miami and/or LA where I currently am — it is, as I mentioned before, not the easiest thing to live in. I feel for you in the south, in the midwest, in the northeast. It’s been an oppressively cold winter due to the freaky jet stream of freezing Arctic air everybody is calling the Polar Vortex. It’s supposed to be coming back in the next few days too, so I feel for you guys dealing with this cold day in and day out & I’m hoping it heats up soon for you guys — but in the meantime maybe try to see the beauty in it a little past all the annoyances and inconveniences, which I KNOW is so hard! 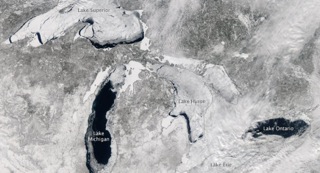 That’s a picture from NASA (how fancy & intellectual) of the frozen Great Lakes. Very pretty and very cool, but crazy! The Polar Vortex has set a bunch of records this year. Not only has it brought freezing temperatures and snowstorms but it’s also caused an unprecedented level of freezing in the Great Lakes. While the lakes freeze often in the winters it’s never to this extent. The Great Lakes make up 20% of the freshwater on Earth which is insane. This is the most ice the lakes have gotten in nearly four decades where they’re covered to nearly 80%. I know this just turned into a PBS doc but I MEAN how can you not geek out on this? How can you resist all this information and data? It’s mind blowing! We’re witnessing science in action you guys! History in the making…but right now!

Anyways, I’m thinking of all of you living with and in the cold & I’m hoping you all warm up soon!